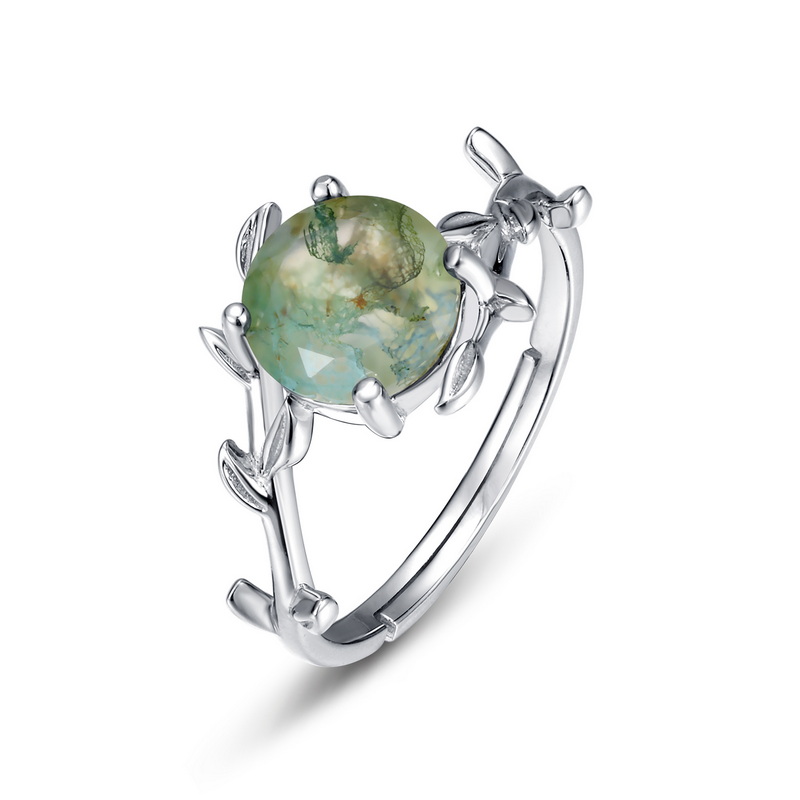 Design Concept:The branches symbolize vitality, and the mysterious moss stone is matched with it. There is an elegant and unique beauty.

Moss Agate is a form of chalcedony included in the Agate family. It is a semi-precious stone made from silicon dioxide. Moss Agate has green colored minerals throughout which look like moss. It has a beautiful marbled green effect on its surface ,The base of the stone is usually clear or milky white, making the moss-like pattern all the more striking. Moss Agate has a meaning that is about uplifting and soothing.Moss agate is truly a gemstone unlike any other.t it encourages a sense of tranquillity and emotional balance. It’s said to be extremely helpful to those experiencing a strong sense of aggression or any other overwhelming emotions.Moss agate brings calm and helps draw us closer to nature. It makes us feel more patient when we need to disconnect from the chaos and bustle of the modern world.

Note:Because of the characteristics of natural moss stone, the stones of each ring are unique, with different textures and different concentrations of green, each stone will be different.One of moss agate’s properties is the fact that it is a fairly hard stone. It rates at a score of 7 on the Mohs Scale. If you have a moss agate stone, it’s best to keep it away from other stones, as the hardness of the agate may scratch the softer stones and damage them. 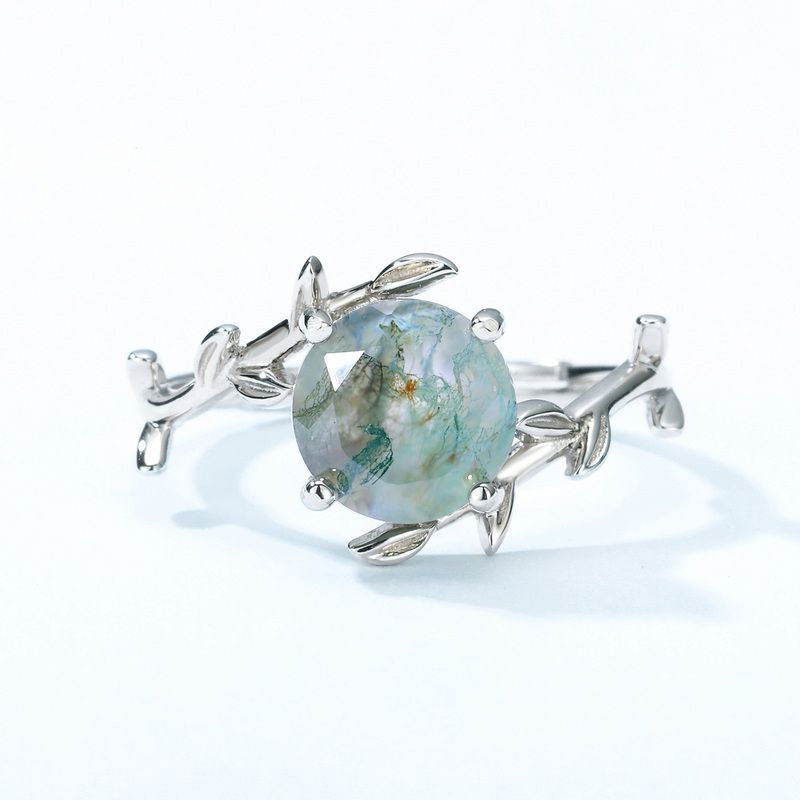